Glimpsing inside the trojan horse: An insider analysis of Emotet 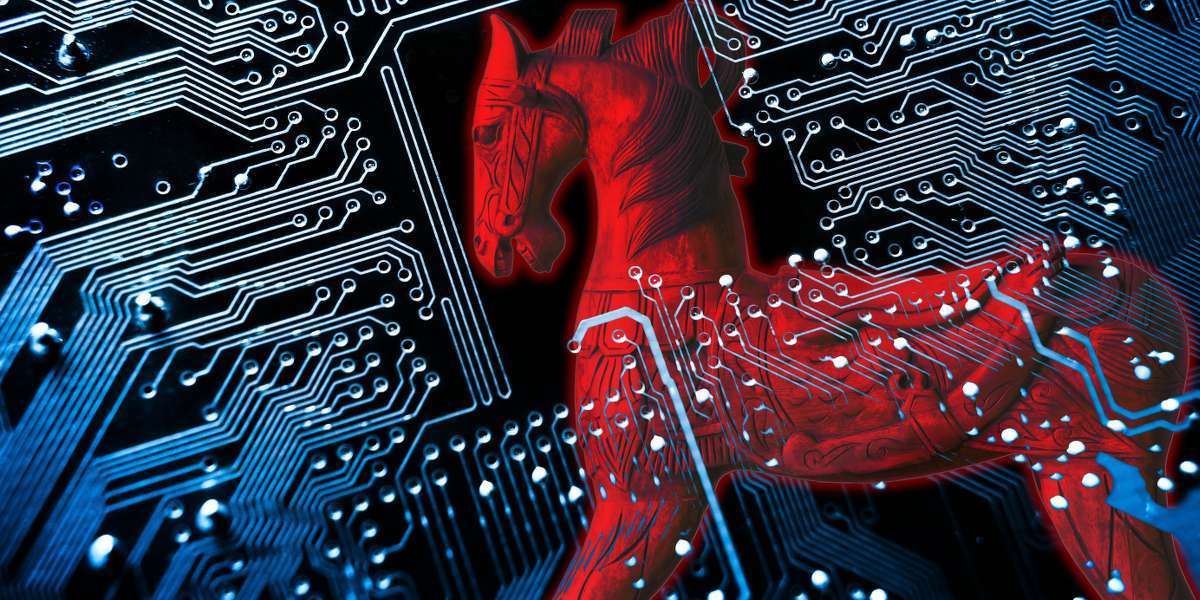 While both traditional security tools and the attacks against them continue to improve, advanced cyber-criminals are increasingly exploiting the weakness inherent to any organization’s security posture: its employees. Designed to mislead such employees into compromising their devices, computer trojans are now rapidly on the rise. In 2018, Darktrace detected a 239% year-on-year uptick in incidents related specifically to banking trojans, which use deception to harvest the credentials of online banking customers from infected machines. And one banking trojan in particular, Emotet, is among the costliest and most destructive malware variants currently imperilling governments and companies worldwide.

Emotet is a highly sophisticated malware with a modular architecture, installing its main component first before delivering additional payloads. Further increasing its subtlety is the fact that Emotet is considered to be ‘polymorphic malware’, since it constantly changes its identifiable features to evade detection by antivirus products. And, as will be subsequently discussed in greater detail, Emotet has advanced persistence techniques and worm-like self-propagation abilities, which render it uniquely resilient and dangerous.

Since its launch in 2014, Emotet has been adapted and repurposed on numerous occasions as its targets have diversified. Initially, Emotet’s primary victims were German banks, from which the malware was designed to steal financial information by intercepting network traffic. By this past year’s end, Emotet had spread far and wide while shifting focus to U.S. targets, resulting in permanently lost files, costly business interruptions, and serious reputational harm.

Emotet is spread by targeting Windows-based systems via sophisticated phishing campaigns, employing social engineering techniques to fool users into believing that the malware-laden emails are legitimate. For instance, the latest versions of Emotet were delivered by way of Thanksgiving-related emails, which invited their American recipients to open an apparently innocuous Thanksgiving card:

These emails contain Microsoft Word documents that are either linked or attached directly. The Word files, in turn, act as vectors for malicious macros, which must be explicitly enabled by the user to be executed. For security reasons, running macros by default is disabled in most of the latest Microsoft application versions, meaning that the cyber-criminals responsible must resort to tricking users in order to enable them — in this case, by enticing them with the Thanksgiving card.

Once the macros are enabled, the Word file is executed and a PowerShell command is activated to retrieve the main Emotet component from compromised servers. The trojan payload is then downloaded and executed into the victim’s system. As mentioned above, Emotet payloads are polymorphic, often allowing them to slip past conventional security tools undetected.

How Emotet persists and propagates

Once Emotet has been executed on the victim’s device, it begins deploying itself with two main objectives: (1) achieving persistence and (2) spreading to more machines. To achieve the first aim, which involves resisting a reboot and various attempts at removal, Emotet does the following:

Emotet’s second key goal is that of spreading across local networks and beyond in order to infect as many machines as possible. To this end, Emotet first gathers information on both the victim’s system itself and the operating system it uses. Following this reconnaissance stage, it establishes encrypted command and control communications (C2) with its parent infrastructure before determining which payloads it will deliver. After reporting a new infection, Emotet downloads modules from the C2 servers, including:

Whilst the WebBrowserPassView, NetPass.exe and MailPassView modules are able to steal the compromised user’s credentials, the PST scraper module can ransack the user’s contact list of friends, family members, colleagues and clients, enabling Emotet to self-propagate by sending phishing emails to those contacts. And because such emails are sent from the hijacked accounts of known acquaintances and loved ones, their recipients are more likely to open their infected attachments and links.

Emotet’s other self-propagation method is via brute-forcing credentials using various password lists, with the intent of gaining access to other machines within the network. When unsuccessful, the malware’s repeated failed login attempts can cause users to become locked out of their accounts, and when successful, the victims may become infected without even clicking on a malicious link or attachment. These tactics have collectively made Emotet remarkably durable and widespread. Indeed, in line with Darktrace’s discovery that incidents related to banking trojans have increased by 239% from 2017 to 2018, Emotet alone recorded a 39% increase, and the worst may be yet to come.

How AI fights back

Emotet presents significant challenges for traditional security tools, both because it exploits the ubiquitous vulnerability of human error, and because it is designed specifically to bypass endpoint solutions. Yet unlike such traditional tools, Darktrace leverages unsupervised machine learning algorithms to detect cyber-threats that have already infiltrated the network. Modelled after the human immune system, Darktrace AI works by learning the individual ‘pattern of life’ of every user, device, and network that it safeguards. From this ever-evolving sense of ‘self,’ Darktrace can differentiate between normal and anomalous behavior, allowing it to identify cyber-attacks in much the same way that our immune system spots harmful germs.

Recently, Darktrace’s AI models managed to detect a machine on a clients’ network that was experiencing active signs of an Emotet infection. The device was observed downloading a suspicious file and, shortly thereafter, began beaconing to a rare external destination, likely reporting the infection to a C2 server.

The device was then observed moving laterally across the network by performing brute force activities. In fact, Darktrace detected thousands of Kerberos failed logins, including to administrative accounts, as well as multiple SMB session failures that used a range of common usernames, such as ‘admin’ and ‘exchange’. Below is a graph showing the SMB and Kerberos brute-force activity on the breached device:

In addition to the brute-forcing activity performed by the credential enumerator module, Darktrace also detected another payload that was potentially functioning as an email spammer. The infected machine started to make a high number of outgoing connections over common email ports. This activity is consistent with Emotet’s typical spreading behavior, which revolves around sending emails to the victim’s hijacked email contacts. Below is an image of Darktrace models breached during the reported Emotet infection:

By forming a comprehensive understanding of normalcy, Darktrace can flag even the most minute anomalies in real time, thwarting subtle threats like Emotet that have already circumvented the network perimeter. To counter such advanced banking trojans, cyber AI defenses like Darktrace have become an organizational necessity.

Stay up to date on the latest industry news and insights.‍Right in your inbox.
Thank you! Your submission has been received!
Oops! Something went wrong while submitting the form.
You can unsubscribe at any time. Privacy Policy
CATEGORIES
PREVENT
RESPOND
Cloud
Ransomware
Inside the SOC
Thought Leadership
Email
Crypto
Threat Finds
OT
USE CASES
No items found.
PRODUCT SPOTLIGHT
No items found.
COre coverage
No items found.
RELATED BLOGS
No items found.
No items found.
Trending blogs
1
9 stages of ransomware: How AI responds at every stage
Dec 23, 2021
2
Data exfiltration in Latin America
Jul 20, 2021
3
Darktrace email finds: IT impersonation attack
Jul 24, 2020
4
Zak Brown on innovation and cyber security at McLaren
May 3, 2022
5
Pulling back the curtain on Grief ransomware
May 26, 2022
This Article
Glimpsing inside the trojan horse: An insider analysis of Emotet
Share