•               Team has benefitted from detection and response to data exfiltration

As Primaflor grows crops and tends to the Mediterranean landscape, it must tend to its digital landscape as well. The company wanted to increase visibility into its on-premise and cloud infrastructure and prevent data loss. To accomplish this, Primaflor turned to Darktrace to protect its network, email, and Office 365.

“All devices connected to the organization’s network can suffer different types of attacks, against which we must try to be as prepared as possible,” said José A. Peinado García, Head of Systems, Networks, and Cyber Security at Primaflor. “In addition, another important risk is the possibility of suffering data leaks, either by hijacking a computer, an account, or by employee. The loss of information and the failure of the system both pose a great cost to the company, and it can be even worse if the information falls into the hands of the competition.”

Darktrace uses Self-Learning AI to learn what constitutes “normal” business operations for the company. This dynamic understanding of the devices, users, and connections allows the AI to detect abnormal activity that indicates a cyber-attack. When malicious activity is detected, Darktrace RESPONDTM can take autonomous action to neutralize the attack at machine-speed, without disrupting business operations.

Darktrace’s unique approach to cyber security makes it a powerful tool for data loss prevention. Traditional security methods use rules and signatures to block known threats that come from the outside. As a result, they often miss internal threats, whether accidental or malicious, that exploit legitimate access credentials. With its inwards focus on the company, Darktrace can not only identify data exfiltration, but also stop it within seconds.

Primaflor employs a hybrid system. It uses on-prem servers for business processes that require low latency times. In the cloud, it uses Office 365 for email and OneDrive and SharePoint for file storage and sharing. Darktrace can protect Primaflor’s assets in any location, as the Self-Learning AI can apply wherever there is data and continuously evolves alongside the business.

Globally, 94% of all cyber-attacks start in email, and attacks are growing more and more sophisticated. Yet phishing is not limited to email alone and is occurring increasingly on other communication platforms, such as Microsoft Teams.

Primaflor has Darktrace DETECTTM + RESPOND deployed to protect its email and cloud-based apps, creating comprehensive security across all its communication platforms to stop attacks before they ever reach a user’s inbox and protect against threats that traverse multiple fields of operation.

“RESPOND is able to take action autonomously, from the second the threat occurs. This minimizes the damage caused by an attack,” García said.

Primaflor’s security team has the Darktrace user interface open all day. The interface is easy to navigate, displaying every investigation and incident in a single pane of glass. The Explainable AI and Threat Visualizer ensure that all autonomous activity is transparent and available to the team.

By taking over investigating and reporting, Darktrace has allowed Primaflor’s security team to reorganize its workflow. Darktrace has reduced threat detection time, intervention costs, and recovery efforts since it detects and responds to attacks within seconds. As the AI is always-on, Primaflor has guaranteed protection 24 hours a day, 365 days a year.

“Thanks to Darktrace we have been able to widely improve in the arena of cyber security at Primaflor, reducing hours of intervention and allowing us to have a much more realistic image of all the company devices and accounts in a centralized way,” García said.

No items found.
ABOUT 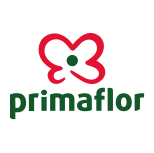 Bank One Limited is a top-tier banking institution founded in 2008 following a joint venture between Mauritian conglomerate CIEL...

Confiar is a Colombian Financial Cooperative with 54 offices across the country, including Bogota and Medellin. Founded nearl...