Darktrace AI is a masterpiece. We obtain a complete analysis, investigation, and report with a click of a button.

Needed a security solution to respond to fast-moving, novel attacks and insider threats

Alerted to anomalous behaviour and suspicious activities in real time

100% visibility across their complex digital ecosystem

NKGSB Bank has 109 branches spread over the Indian states of Maharashtra, Goa, Karnataka, Gujarat, and Madhya Pradesh. A leader in the financial services sector for over 100 years, NKGSB is at the forefront of the digital banking revolution in India and prides itself on its value-added services, allowing customers to perform banking operations 'anywhere, anytime'.

‍
Today's threat landscape of sophisticated and targeted attacks can no longer be effectively tackled by legacy  tools. NKGSB recognized this and the need for an advanced security solution that could detect the earliest indicators of threat - ensuring operational continuity for their customers. "Our perimeter defense had been essential in the beginning, but it was no longer sufficient in the face of new, subtle threats," commented Amit Jaokar, CISO, NKGSB Bank.

‍
Key to this was finding a solution able to uplift and extend their existing security team. More often than not, legacy solutions rely on a rules and signature approach which flags anomalous activities - many of which are benign. Not only do such false positives generate an inordinate amount of unnecessary labor but they lead to genuine threats becoming overlooked entirely. "We needed a technology that would allow us to focus on managing cyber risks, rather than triaging and documentation," Jaokar added.

AI Defends Against Threats Across The Enterprise

In an effort to stay on top of the rapidly evolving threat landscape, NKGSB Bank deployed Darktrace's Immune System platform in its digital ecosystem. Powered by unsupervised machine learning, Darktrace AI develops an understanding of the normal 'patterns of life' for each user and device in an organization. This enables it to identify threats in their earliest stages in real time, without the use of rules, signatures, or prior assumptions.

‍
To fight back against automated and fast-moving attacks, NKGSB also deployed Darktrace Antigena, the world's first Autonomous Response technology, that neutralizes threats by surgically enforcing 'normal'. Beyond simply raising an alert to the security team, Darktrace Antigena reacts autonomously to contain malicious  activity  within  seconds  of  the  threat  being identified. Notifications of Antigena's actions are flagged in the Darktrace Threat Visualizer and the Darktrace Mobile App, with the security team receiving alerts as soon as an incident takes place.
‍

With Darktrace Cyber AI Analyst, all security incidents are autonomously triaged, interpreted, and reported on – reducing time to meaning by up to 92%.

NKGSB Bank is no longer constrained by poor visibility and traditional detection methodologies. One of the principal benefits of Darktrace's Immune System platform is its ability to alert NKGSB to threatening incidents early — before they can become damaging attacks. Such real-time intelligence allows the team to respond immediately, and its prioritization of the most significant threats helps the security team focus on the most strategic initiatives. Moreover, the alerts that it displays are prioritized automatically,  allowing  the  lean  security  team  to  rapidly triage incidents. The Threat Visualizer is comprehensive: the security team can trace specific activity or users across time, replaying historical incidents at any level of detail.
‍

In recent times, Darktrace's ability to learn 'on the job' has proved critical in helping NKGSB Bank to defend its digital business – evolving alongside shifting working patterns to stop emerging threats wherever they arise. With the workforce remote, dynamic, and decentralized under the COVID-19 pandemic, it is critical to ensure that there are no gaps while protecting its entire organization. Fortunately, with the Darktrace Mobile App, the team remains connected to its IT infrastructure, able to see, review, and take action on Cyber AI's unparalleled threat detection, investigation, and response across the business at all times.

Darktrace AI does the heavy lifting for our security team. We are more efficient focusing on managing cyber risks, instead of triaging and documentation. 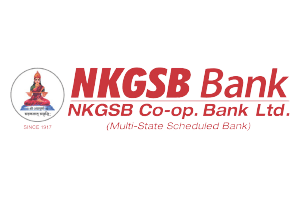 The National Institute of Aerospace Technology (INTA) is a public research organization that works with the Spanish Ministry...

Grupo Mexicano de Seguros (GMX Seguros) is a major insurance provider based in Mexico, with broad experience and specializati...

Primaflor is dedicated to the cultivation of fresh and processed fruit and vegetable products.