We needed a clever approach; something to automate our processes

Finite human IT resources facing cyber-attacks around the clock

As a global company with over 1,200 employees and 24 subsidiaries, KTR Systems has a diverse and complex digital infrastructure to protect. With increasingly subtle and sophisticated cyber-attacks targeting every corner of the digital ecosystem, the IT team sought a new approach that could detect and autonomously respond to these threats. According to Olaf Korbanek, Head of IT and Organization, KTR Systems, "With traditional tools that look for signs of a threat based on historical data, you are always one step behind. These signature-based defenses are ineffective in the face of novel attacks."

‍
In 2019, two separate instances of CEO fraud at the company confirmed fears that their traditional security tools were unable to spot advanced and novel threats using static  rules and signatures. After reporting the attacks to the authorities, Korbanek was even wrongly identified as a primary suspect in the police investigation following initial concerns of insider threat. While dealing with the fallout from CEO fraud, the organization suffered another attack two months later – this time an attempted ransomware attack that originated with a phishing email. The team identified the threat before it could escalate and suffered no damage. However, by now it had become clear the team needed a robust solution to enable them to respond to email attacks 24/7.

The Need for Autonomous Cyber Security

As a result, KTR Systems turned to Darktrace's Immune System to defend its vast digital  ecosystem. Using Self-Learning AI, Darktrace immediately began learning the normal 'patterns of life' for every user and device in the organization. By continuously revising its understanding in light of changing behavior, the AI can spot anomalous activity indicative of threat, including novel strains of malware and subtle insiders that static rules and signature-based tools are unable to detect.

‍
Darktrace's Self-Learning AI has proven especially valuable in extending and uplifting the company's overwhelmed security team, freeing them up to focus on strategic tasks. The Immune System's open architecture enables seamless  integrations with disjointed defenses, streamlining alerts for the IT security team and instantly correlating insights across multiple siloes. "Darktrace's AI approach is something that I think every company should be using," states Korbanek.

Thwarting a Zero-Day Attack With AI

The importance of Darktrace's self-learning capabilities was truly realized when KTR Systems was hit by a zero-day attack. Soon after extending Self-Learning AI protection to the email realm using Antigena Email, KTR Systems was targeted by a machine-speed  cyber-attack. Leveraging Autonomous Response technology, Antigena Email detected and stopped the threat with rapid, targeted action. Korbanek states "It was another situation in which Darktrace proved its value because all suspicious activity  was  stopped  before  any  damage  could  happen."

Antigena Email works by understanding the human behind the keyboard, analyzing emails in context to form a nuanced and continually evolving understanding of communication across the business. It detects subtle deviations indicative of a cyber-threat that traditional tools miss and autonomously reacts in real time, allowing normal business interactions to continue uninterrupted.
‍

With Darktrace Self-Learning AI, KTR Systems is secure in the knowledge that they have complete visibility and 24/7 autonomous protection across their vast digital ecosystem. 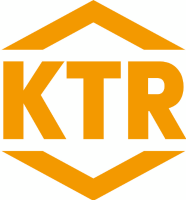 For over fifty years, KTR Systems has been a leading manufacturer of high-grade power transmission components for mechanical and plant engineering.
Download the case study
USE CASES

The City of Tyler in eastern Texas has a population of 108,302 people and is known as a major center of rose cultivation. Its...

Guardsman Group, with headquarters in Kingston, Jamaica, has been providing security systems and personnel for private and pu...

EV Group is a leading supplier of high-volume production equipment and process solutions for the manufacture of semiconductor...