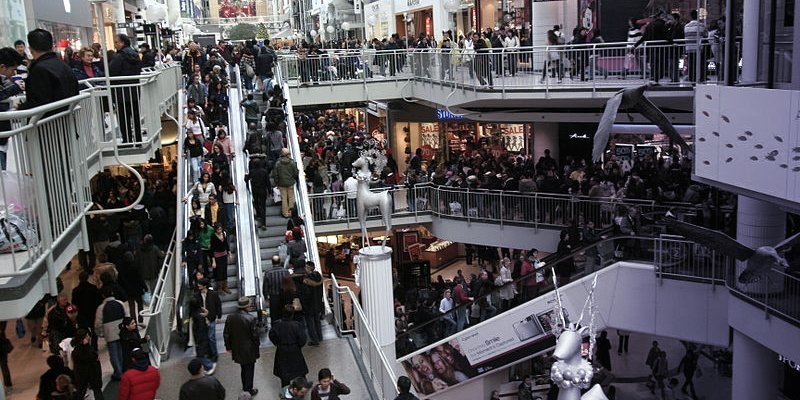 From Thanksgiving to Cyber Monday, shoppers across the globe will splurge tens of billions of dollars on everything from pillows to parkas to Pokémon pajamas.

U.S. consumers alone spent a record $19.62 billion last Black Friday weekend — on just online purchases. And while the number of customers at brick-and-mortar stores declined 4% from 2016, e-commerce sales were 18% higher in 2017, when for the first time more Americans shopped online than in person. There is every reason to suspect that a virtually unprecedented volume of virtual cash is about to change hands, presenting an equally unprecedented opportunity for a massive holiday cyber-heist. Here’s what such a heist might look like:

While the incentive for cyber-crime during this Black Friday weekend is historically unparalleled, it has long been the holiday of choice for criminals. On Cyber Monday of 2014, for instance, a DNS provider was hit by a relatively rudimentary DDoS attack that nonetheless disrupted its clients’ websites. More advanced DDoS attacks launched by modern Mirai botnets — like the 2016 Dyn attack that crippled many of the Internet’s top websites — would be devastating on Black Friday, when companies like Amazon reel in upwards of a million dollars per minute. And for smaller retailers, a ransomware or DDoS attack this weekend poses existential risk, both because of lost revenue and because of reputational damage in such a highly competitive industry.

Prior to last year’s Black Friday weekend, experts anticipated more than 50 million attacks on businesses during peak shopping days, and cyber-criminals did not disappoint. Darktrace detected a 70% uptick in significant threats facing its retail clients during the holiday season, from November and December, compared to the previous two months, an uptick that helps explain why cyber-crime cost the world $600 billion last year. At least in the short term, it appears that online crime does pay — especially after Thanksgiving.

As forensics continue to improve and CCTVs rapidly proliferate, the in-person criminal heist has largely been replaced by online robbery, which leaves no fingerprints and can be seen by no camera. One example: the annual amount of money stolen in U.S. bank robberies — the quintessential heist — has fallen by more than 60% since 2003, while cyber-crimes like credit card fraud have simultaneously skyrocketed. This transition to digital larceny makes financial sense as well, given that less than 10% of the world’s currency still exists as physical cash.

Indeed, identity theft is even more lucrative than bank robbery if done at scale, yet it entails far less risk for the perpetrators. Stolen credit card numbers can each sell for $100 on the Dark Web, rendering crimes like the Target breach — which took place during Black Friday weekend in 2013 and exposed 40 million debit and credit accounts — extremely profitable. With more than 100 million Americans and close to a billion global shoppers online during the holiday season, ’tis certainly the season for a large-scale assault on personal information.

But perhaps the most revolutionary aspect of cyber-heists is that they need not even steal anything to make off with loot. Faced with a well-timed ransomware attack, retailers often simply hand over their cash to remain operational: 70% of businesses paid the ransom after attacks in 2016, prompting criminals to quadruple their average demand. And on the busiest shopping day in history, there’s no telling how exorbitant these demands might be.

Cyber-threats that are specifically aimed at the retail sector make the challenge of security even more difficult for defenders, since much like a targeted traditional heist, they exploit their victims’ unique vulnerabilities. The numbers validate common sense here: insights from across Darktrace’s customer base reveal that these key retail threats — which include personalized phishing attacks, Cloud and SaaS attacks, as well as trojans — are more than twice as likely to become high-priority incidents as the average threat. With so much money on the line, every retailer should expect to confront targeted attacks throughout the weekend.

From ransomware to data exfiltration, one can make an educated guess about the kinds of threats facing retailers this Black Friday. But the truth is that no one knows exactly what the next global cyber-attack will look like, particularly given the enormous incentive for criminals to create an entirely new attack strain — or even a new type of attack altogether. Several recent, state-sponsored exploits have proven that the financial and technical backing exists to produce malware sophisticated enough to deliver a serious blow to the U.S. economy.

Innovative attacks pose a fundamental problem for traditional security tools, which rely on knowledge of past incidents to stop future ones. By updating their predefined notions of what constitutes a cyber-threat when a breach occurs, the best of these tools stop previously known attacks, but they are nonetheless blind to unknown threats. Many retailers have deployed Darktrace’s AI cyber security because it doesn’t presume to know what tomorrow’s attack will look like; rather, Darktrace learns on the job to differentiate between normal and abnormal behavior. But while such adaptive security is the only approach that stands a chance in today’s fast-changing threat landscape, most retailers have yet to make the switch.

In this era of DNA forensics and near-ubiquitous surveillance, the criminal heist has not disappeared — it’s digitized. And while retail companies prepare themselves for the generic cyber-threats of the past, very few are in a position to counter a never-before-seen attack that, like a physical heist, has been planned for months to exploit their unique security blind spots. As we inch closer to zero hour, the industry must be willing to adapt its cyber defenses against an ever-evolving adversary, or it may end Black Friday firmly in the red.