Crypto-mining malware: Uncovering a cryptocurrency farm in a warehouse 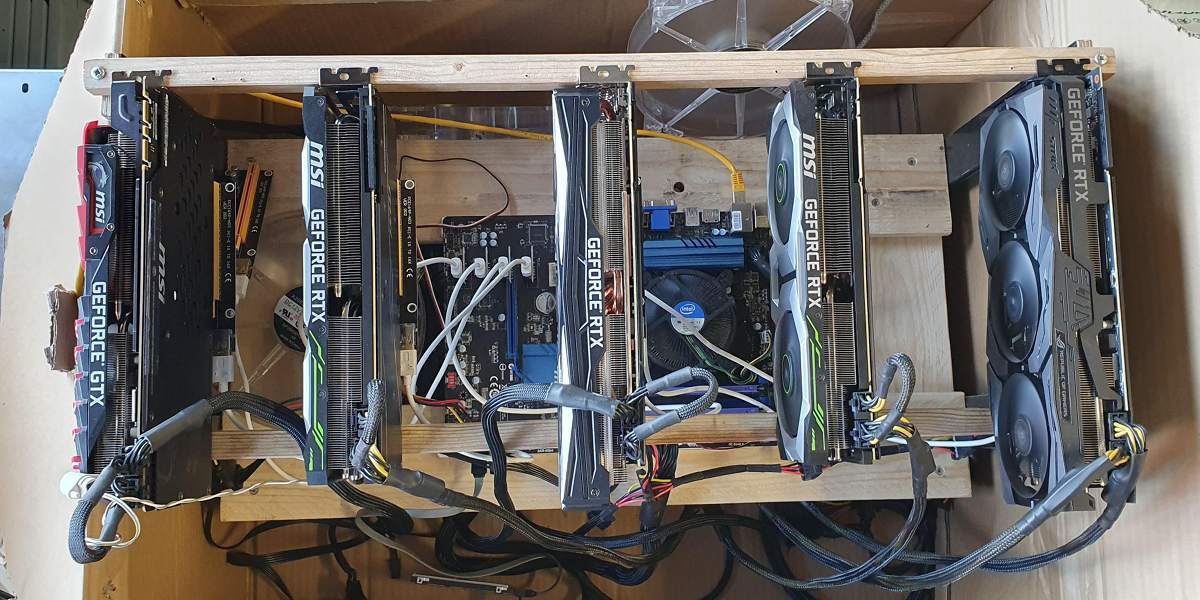 Cryptocurrencies are hitting the headlines every week and quickly becoming accepted as a mainstream investment and method of payment. Across the world, cyber-criminals are leveraging data centers called crypto-mining ‘farms’ to profit from this trend, from China to Iceland, Iran, and even a cardboard box in an empty warehouse.

How does cryptocurrency mining work?

Cryptocurrencies are decentralized digital currencies. Unlike traditional currencies, which can be issued at any time by central banks, cryptocurrency is not controlled by any centralized authority. Instead, it relies on a blockchain, which functions as a digital ledger of transactions, organized and maintained by a peer-to-peer network.

Miners create and secure cryptocurrency by solving cryptographic algorithms. Rather than hammers and chisels, crypto-miners use specialized computers with GPUs or ASICs to validate transactions as quickly as possible, earning cryptocurrency in the process.

Crypto-mining takes up an enormous amount of energy. An analysis by the University of Cambridge estimates that generating Bitcoin consumes as much, if not more, energy than entire countries. For instance, Bitcoin uses approximately 137.9 terawatt hours per year, compared to Ukraine, which uses only 128.8 in the same period. Bitcoin is just one of many cryptocurrencies, alongside Monero and Dogecoin, so the total energy consumed by all cryptocurrencies is far higher.

Given that high-powered mining computers require so much processing power, crypto-mining is lucrative in countries with relatively cheap electricity. However, the energy needed can lead to serious consequences – even shutting down entire cities. In Iran, the outdated energy grid has struggled to provide for cryptocurrency farms, resulting in city-wide blackouts.

While some of these crypto-farms are legal, illegal crypto-miners are also straining Iran’s energy supplies. Illegal crypto-mining is popular in Iran partly because Iranian currency is volatile and subject to inflation, whereas cryptocurrency is (for the moment) immune to both inflationary monetary policy and U.S. sanctions. When used for illegal purposes, cryptocurrency farming can lead to network outages and serious financial harm.

Crypto-mining malware has the ability to hamper and even crash an organization’s digital environment, if unstopped. Cyber AI has discovered and thwarted hundreds of attacks where devices are infected with crypto-mining malware, including:

In one instance last year, Darktrace detected anomalous crypto-mining activity on a corporate system. Upon investigation, the organization in question traced the anomalous activity to one of their warehouses, where they found what appeared to be unassuming cardboard boxes sitting on a shelf. Opening these boxes revealed a cryptocurrency farm in disguise, running off the company’s network power.

Had it remained undiscovered, the crypto-mining farm would have led to financial losses for the client and disruption to business workings. Mining rigs also generate a lot of heat and could have easily caused a fire in the warehouse.

This case demonstrates the covert methods opportunistic individuals may take to hijack corporate infrastructure with crypto-mining malware, as well as the need for a security tool which covers the entire digital estate and detects any new or unusual events. Darktrace’s machine learning flagged the connections being made from the warehouse boxes as highly anomalous, leading to this unexpected discovery.

In organizations with Antigena active, any anomalous crypto-mining devices would be blocked from communicating with the relevant external endpoints, effectively inhibiting mining activity. Antigena can also respond by enforcing the ‘pattern of life’ across the digital environment, preventing malicious behavior while allowing normal business activities to continue. As bad actors continue to proliferate and hackers devise new ways to deploy crypto-mining malware, Darktrace’s full visibility and Autonomous Response in every part of the digital environment is more important than ever.

Thanks to Darktrace analyst Chloe Phillips for her insights.